Irish cookies, also called “biscuits,” are part of the grand tea tradition in the British Isles. 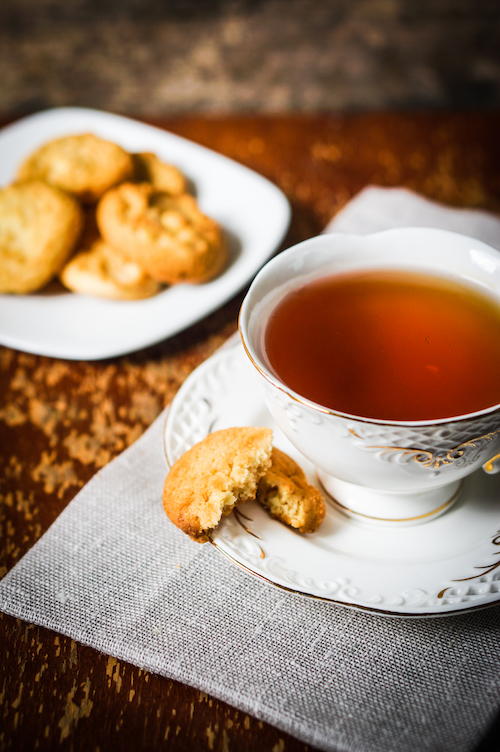 In Great Britain and Ireland, tea and cookies are not just a snack. “Tea” is another term for a meal.

Afternoon tea, or low tea, is a light meal or time of refreshment in the mid-afternoon when you can enjoy a  cup of tea (or as the Irish say in Gaelic, a “cupan tae,”) and small sandwiches, cake, scones, and (yes) cookies. Your main meal comes later on.

Meanwhile, evening tea, or high tea, is another name for an evening meal, particularly among the middle class and working class. It includes a hot dish – often hearty – along with bread, cheese, perhaps a sweet, and of course tea or other beverage.

So it follows that Irish cookies are more a part of traditional afternoon tea.

Plenty of sweets have deep historical roots among the Irish from bread pudding to scones to whisky cake to oat cakes and even toffee. But a few  Irish “biscuits” are known as favorites the world over.