Stevia Brownies: No Sugar - and In the Oven in Less than 10 Minutes

It’s a great way to get your chocolate fix …eliminate sugar …  and do it simply and quickly.

There are several reasons these low cal brownies (or at least, lower calorie brownies!) are so easy to make. First, they can be mixed together in one bowl. And because the brownies are made from a thin batter (rather than a thick cookie dough), you can choose to mix it by hand with just a large spoon, rather than an electric mixer. The recipe comes together so quickly that in less than ten minutes, it’s in the oven.

But what makes this recipe so popular is that it eliminates sugar and calls for stevia, a natural sweetener, formulated to replace sugar cup for cup. And at practically zero calories in stevia – and with sugar-free chocolate chips – this recipe keeps the Sugar Nazis at bay and means brownies for diabetics low cal brownies for those who are watching their weight or carbs are possible. 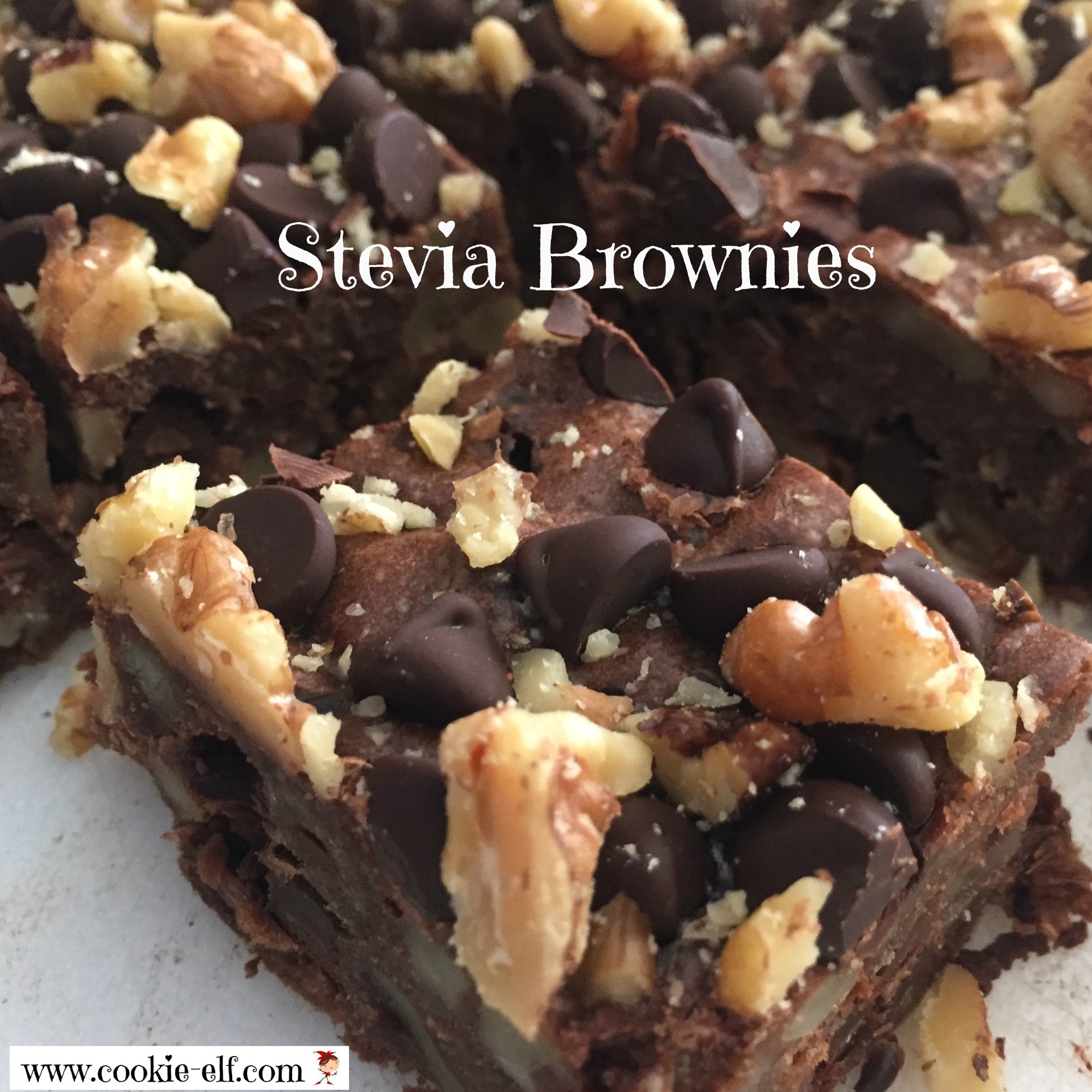 Check package ingredients carefully and be sure to use stevia that is formulated to replace sugar cup-for-cup.

Stevia has a higher concentration of sweetness than sugar. Although this recipe calls for half the amount of sugar in a usual brownies recipe, you may need to adjust the amount of stevia you use according to your taste.

If you choose, you can mix the brownie batter with a large spoon instead of an electric mixer.

Set the cooled pan of brownies in the refrigerator for 30-60 minutes before cutting them to give the brownies firm edges.

See more easy brownie recipes on our Brownies Pinterest board.

Return from Stevia Brownies to The Cookie Elf home