Chocolate lovers: you cannot find a much richer recipe than Frosted Chocolate Brownies.

This decadent chocolate bar concoction has a brownie base topped with fudgy, dense frosting. The end result is a thick, layered brownie.

Just because they’re baked in a square pan, don’t be fooled into thinking the recipe won’t yield many cookies. The brownies are so thick that you may find it best to cut them in 1” by 1” bars.

And they're not complicated, despite what looks like a long set of directions. Just indulgent. 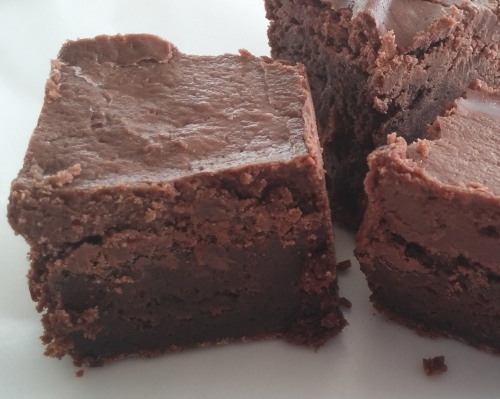 Special Baking Tips from The Elf

Return from Frosted Chocolate Brownies to The Cookie Elf home